Here's the latest on Timothy Redman from Nevada's Ely state prison, as taken from the Nevada Prison Watch website (which is receiving updates from Make the Walls Transparent, linked below):
-------- 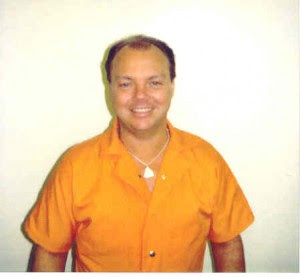 MTWT has received mail from inmates at ESP and their family members regarding the 11-18-09 death of Timothy Redman on unit 3-B.

One inmate tells us, “Investigator General Thompson was on the unit to “investigate” but he never once asked any inmate what they had seen in the hours and minutes leading to Mr. Redman’s death,” even though, clearly those inmates are the eye-witnesses, not E.K. McDaniel and Debra Brooks, who both came on the unit after the death and stood around laughing about it.

One inmate’s sister received a letter from her brother that said: “The cops let this guy hang himself and watched him do it and did nothing to help him but to keep gassing him after he was hanging.” Brooks was here at his door laughing at it and so was E.K. McDaniel. The cops even came from Ely. It was a big deal and no one wants to let anyone get to a phone to report what happened here yesterday”.

On The Ely Times, someone who calls himself Winsan, and who obviously works for the prison stated that officers “…tried to save this inmate’s life…by using any means available to subdue and incapacitate the inmate when trying to save his life and protect others.” No one disputes that Redman was locked in his cell. Who were the officers trying to protect? Certainly not Redman. And certainly not the other inmates all locked in their cells and breathing in the poison being sprayed.

Winsan’s claim that the guards used any means available to try to save Redman’s life rings hollow. All the reports from inmates tell a different story. In reality, officers were able to reach the inmate, but chose not to – or more realistically – were ordered not to, according to one officer who alleges that E.K. McDaniel ordered them not to enter the cell.

What possible reason can there be to use 5,6 or 7 hairspray-sized cans of chemical agent on a man locked in a tiny cell with no ventilation? How did Mr. Redman even have the strength to hang himself after being poisoned for hours on end? And an even more pressing question: Whose safety were these officers trying to protect by spraying chemical agent for hours on end?

This incident is hard to stomach, even for some of the the guards hardened by working at possibly the most abusive prison in the country. It is understandable that they want to believe this incident did not take place. It is understandable that citizens want to believe this also, especially considering that as citizens, we are taught to hold a special level of trust for law enforcement. It is unfortunate, but the sooner we face reality and get a federal investigation regarding this incident and many other incidents of great cruelty and abuse, even death, at Ely State Prison, the sooner we will be able to trust our public servants. Meanwhile, the lies and cover-ups at ESP continue unabated.

From Make the Walls Transparent:

Posted by Prison Abolitionist at 8:52 AM

Mr. Walls, Timothy Redman was my half brother and the time he was with Nevada prisons was horrifying. I know he done wrong but his passing there was not the way he was supposed to go. But from my experiences in life have taught me that Karma hurts and is bestowed upon those that ask for it.I loved my brother and may he finally be at peace..