AUG 5: Conversation with Monica Jones and Laverne Cox: The Criminalization of Trans Women of Color and Visions for Justice

from SWOP-Phoenix and the ACLU of Arizona, 7:30 on August 5 at the Herberger! 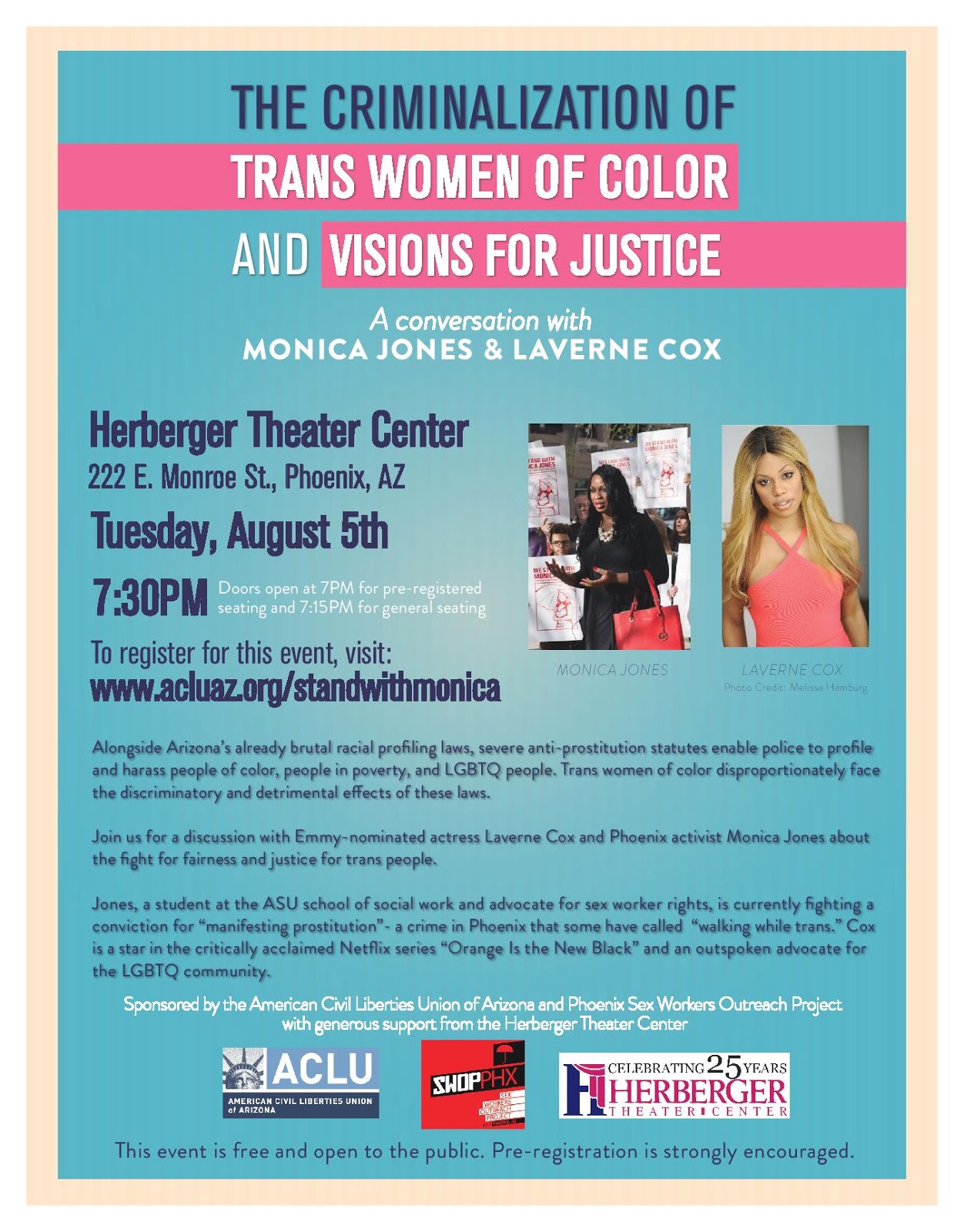 Conversation with Monica Jones and Laverne Cox:
The Criminalization of Trans Women of Color and Visions for Justice

Join us for a discussion with Emmy-nominated actress Laverne Cox and Phoenix activist Monica Jones about the fight for fairness and justice for trans people.

Jones, a social work graduate student at ASU and advocate for sex worker rights, is currently fighting a conviction for “manifesting prostitution”-- a crime in Phoenix that some have taken to calling “walking while trans.” Cox is the star of the critically acclaimed Netflix series “Orange Is the New Black” and an outspoken advocate for the LGBTQ community.

This event is free and open to the public. Pre-registration is strongly encouraged. To register for this event, visit: www.acluaz.org/standwithmonica