Here's the link to Sesame Street's work on children of the incarcerated:

It's long past time to bring some of these people home...

Children of the incarcerated face financial, other risks

On any given day in Pima County this summer, about 23,000 children have a parent in prison or jail, or on probation.

Nationwide, the prison population has declined for two years in a row after decades of growth, says the U.S. Justice Department. But not in Arizona.

That growth adds challenges for the families of prisoners who, more often than not, are poor when they go to prison and poor after they come out. Besides the emotional strain of being separated from someone they love, children of inmates often suffer the stigma of having a parent in prison, coupled with the loss of family income.

Overall, 1 in 3 kids inside the Tucson city limits lives in poverty. Statewide, the rate is 1 in 4. Nationwide, it's 1 in 5.

Those poverty numbers are even higher for children of incarcerated parents.

Growing up poor dims kids' chances of success as adults. The chaos that comes with unstable housing, spotty school attendance and limited access to nutritious food and medical care increase the chances kids will grow up to be unemployed, unhealthy and in trouble with the law - in short, the responsibility of taxpayers. 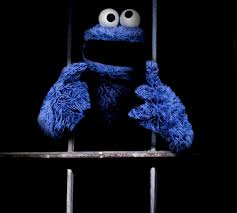 When it comes to kids whose parents are locked up, the numbers are so large and the risks so high that even pop culture is taking notice. A Muppet named Alex, whose dad is in prison, is part of a "Sesame Street" initiative called "Little Children, Big Challenges: Incarceration," which provides free educational materials to these children and their caregivers.

Reaching out to these kids is crucial because they are five to seven times more likely to end up in prison themselves, says the National Center for Children of Incarcerated Parents.

"This is a very vulnerable population, and it's a very invisible population," says Claire E. Scheuren, CEO of Pima Prevention Partnership. Her organization teams up with Big Brothers and Big Sisters to run a nationally recognized mentoring program for kids of incarcerated parents.

The city of Tucson's Commission on Poverty is looking at ways to help ex-prisoners find more success.
"Most everyone who goes to prison comes out," Mayor Jonathan Rothschild says. "We want a society where we don't make it harder on those coming out of prison to make something positive out of their lives."

That can be especially tough in Arizona. For example, we are one of 13 states that impose a lifetime ban on food stamps for anyone convicted of a felony drug offense, says Nicole Porter, advocacy director of the Sentencing Project, which works to promote fairness in the criminal justice system.

"I get calls almost on a daily basis from folks telling me the problems they are having in getting jobs, renting apartments, applying for professional licenses, etc.," Silverman says. That's true even when the convictions are many years old.

"There is no reason a prison sentence of one year or five years or 10 years should become a life sentence to poverty because employment is so out of reach," says Rothschild, who once worked with Silverman at the clinic. "It's the reason we have so many repeat offenders."

In Arizona during fiscal year 2010, the state Department of Corrections spent $998 million on an average of 40,000 people. "On the front end, we're investing in the wrong things," says Caroline Isaacs, Tucson's program director for the American Friends Service Committee.

She believes spending so much on prisons offers little return for prisoners or for the community.
"Simply put, the money is going to prisons instead of education," Isaacs says.

What could change here, she wonders, if more were spent on prevention and rehabilitation?

Texas in 2007 put a halt to its prison construction boom and instead invested $240 million in treatment and diversion programs. The results have been dramatic, says Pew Charitable Trusts: State taxpayers have avoided nearly $2 billion in new prison spending, and parole failure is down 39 percent.

Study after study has found that prisons and jails are full of poor, uneducated men. About 40 percent of state inmates lack a high school diploma.

And more often than not they leave behind a wife or girlfriend - and children - who must get by on less. Nationwide, each prison inmate today has an average of 1.7 children, the Bureau of Justice Statistics reports.
Dawnelle Walker knows well the hardship of needing child support from someone who is in and out of prison.

The father of her eldest child has struggled with addiction and incarceration for years and is now serving seven years.

Walker, 28, has held the same full-time job for more than five years, earning $11.33 per hour coordinating activities in the behavioral health unit of a care center.

She wants to study nursing, but there's no time. As a single mother, her primary focus is on raising her three children. She works hard to get by without child support, making sure her kids have "a good life without being worried about money."

Walker pays $950 each month in rent, plus utilities. She also gets $200 a month in food stamps, a little more than $6 per day for her family.

"I am a make-it-happen mom," she says. "I don't ever want my kids to know how difficult it really is."
Walker grew up without a dad, too, and understands now that her mother left him to protect her two children.

"She didn't ever want her kids to think it's OK for a man to hit a woman," Walker says.

"Sometimes it's better to be without a dad than to have a hardship in your life that you don't understand, especially when you are young."

Scott Scholtz went to prison when he was 17, and lived his whole adult life behind bars until his release last September.

Now he is working hard to avoid the poverty trap.

Scholtz, 41, served 25 years for felony murder. At age 16, his accomplice in a robbery killed a man, court records show. Under Arizona's felony murder law, he was equally culpable.

While in prison, Scholtz earned an associate's degree.

He also became addicted to heroin, a habit he says he kicked on his own two years ago. He thinks often of his family history of addiction and says he will never use again. Too much is at risk.

Scholtz applied at more than 10 businesses that were hiring but was turned down each time due to his record.

He also found no one would rent him an apartment. When he first got out, he lived with his mother.

He now stays with his new girlfriend. And he considers himself lucky, given his circumstances.

A classmate at Pima Community College helped him land a temporary job at IHOP. He also learned to be a tattoo artist in prison and now works at a Bisbee tattoo shop. He has a second job washing dishes.

He plans to further his education.

"Now that I have opportunities," he says, "I don't want to fall behind."

Nationwide, Pew Charitable Trusts says 1 in every 28 children had a parent in jail or prison in 2010. Two decades ago it was 1 in 125.

Who are our prisoners?
68% are addicted to drugs or alcohol
40% lack a high school diploma or general equivalency diploma
30% were unemployed in the month before arrest, and almost twice as many were underemployed
16% are estimated to have serious mental health problems

Arizona's incarceration rate is the second highest in the nation.

"There is no reason a prison sentence of one year or five years or 10 years should become a life sentence to poverty because employment is so out of reach."
- Tucson Mayor Jonathan Rothschild

Posted by Margaret Jean Plews at 8:03 AM