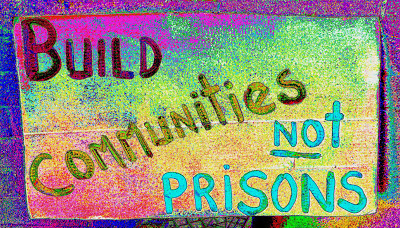 Three months ago the Arizona Senior Academy hosted a talk about why a coalition of 314 religious organizations, including every major religion in the world, has focused public attention on Arizona and other states for not complying with national and international laws governing prisoner treatment.

The featured speaker at that talk, Fred Neidhardt, will update his lecture at 3:30 p.m. Dec. 20 with additional information on the privatization of prisons.

In April, Amnesty International issued a scathing indictment of the Arizona prison system, stating that some inmates are being housed under conditions constituting "cruel, inhuman or degrading treatment in violation of international law."

Placing minors 14 to 17 years of age, as well as adults who have yet to be convicted, in conditions of solitary confinement in the Special Management Units came under particular scrutiny.

A month earlier, the American Civil Liberties Union of Arizona and the Prison Law Office, a prisoner-rights group based in Berkeley, Calif., filed a class-action lawsuit against the Arizona Department of Corrections. The suit alleges that due to neglect by prison officials, inmates "are in grave danger of suffering serious and preventable injury, amputation, disfigurement and even death."

In Tucson, the American Friends Service Committee has suspended work on other major projects to commit itself to an all-out effort to ban solitary confinement and other practices it considers inhumane in Arizona prisons and jails.

The Dec. 20 talk will review the history of the American penal system and add more information on the current nature of Arizona's prisons, focusing on the effects of privatization.

Neidhardt has been a member of the National Religious Campaign Against Torture for more than six years, the last three representing the Pima Monthly Meeting, Society of Friends (Quakers) in Tucson.

He is working with the American Friends Service Committee-Arizona to highlight the conditions of isolation in the Arizona Department of Corrections.
Neidhardt has received many honors during his 50 years of research and teaching in molecular biology at Harvard University, Purdue University and the University of Michigan. He lives at Academy Village and is a member of the Arizona Senior Academy.

The lecture will be in the great room of the Arizona Senior Academy at Academy Village, an active-adult community at 13715 E. Langtry Lane.

The academy's concert and lecture programs are free and open to the public.

Posted by Margaret Jean Plews at 1:29 AM