Wexford at Lewis: A Clear and Present Danger

This opinion piece comes from a prisoner doing time in the AZ DOC at ASPC-Lewis. He was courageous enough to offer his real name, but I want to see him get home safely to his family someday, so I'm posting this anonymously for him. The DOC appears to have silenced just about everyone else who's been writing to me, so thank you, EV, for your voice today. 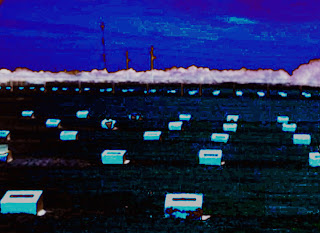 I’m writing from within the confines of Arizona’s Lewis Complex Prison, where each day I become more and more aware that I’m becoming less and less human--banished to some perilous wasteland of diseased and neglected souls lost in the interests of corporate greed.

And July was the last time many of us ever went to medical.

Since then our health needs requests and grievances have gone unanswered, there exists a culture of indifference to inmate medical needs, including excessive delay in psychiatric evaluation, and duty of care violations rising to a level of gross negligence. In fact on August 27, 2012, Jane Nwadiuto Nwaohia, a Wexford nurse already under investigation by the state nursing board contaminated the insulin supply with a dirty Hep-C infected needle, then used the contaminated insulin vial to administer shots to 105 other inmates, causing an exposure incident that neither ADOC nor Wexford reported to the Health Department for a week. (And this only after an inmate's family contacted 12 News to break the story September 12.)

Inmate grievants, attempting to exhaust their administrative remedies, pursuant to the prison litigation reform act, have been met with shameless and blatant delay tactics designed to frustrate or eliminate potential lawsuits arising from such grossly negligent and admitted violations of basic infection control protocols by the nurse, since fired.

These inmate victims are people that I know and who I see everyday with families just like mine. We've gained national attention, not for our crimes, but for attempted suicides, deaths, and infectious disease outbreaks. Some guards walk around wearing latex gloves all day to avoid Staph and other infections and viruses in abundance at the Lewis complex wasteland. And who can blame them?

ADOC Director Ryan said some of those exposed to the Hep-C outbreak may have already been exposed (so it shouldn’t matter, right?).  Wexford was reportedly fined $10,000.  A 349 million dollar contract and a $10,000 fine- or $95.00 per inmate exposed to an incurable liver disease.  And further exposures do cause harm.

What message does this send?  My message is this: Wexford Health Sources, Inc. is a clear and present danger to all inmates everywhere and is a huge liability to all involved in their substandard practices.

In fact, the recent Arizona incidents are but a small fraction of the misery Wexford has caused nationwide.  The Private Corrections Working Group, in Florida, has posted a Wexford “Rap Sheet” detailing the company’s gross negligence and substandard care across the nation ( privateci.org/rap_wexford.html ) and the Santa Fe Reporter (NM) did a 15-Part award-winning series entitled “The Wexford Files” (2006).  Sfreporter.com.

Administrators at the Lewis Complex Wasteland are no less culpable in the continued indifference to inmate medical grievances, at times refusing to provide grievance forms, refusing to process a grievance due to time frames although it involved a serious condition, and staff indicating that the nurse contaminated the insulin supply on purpose All this under the supervision of Warden Tara Diaz, ADW Chris Moody, DW Kimberly Currier, ADW Barrios, and COIV Juanita Baca.

I’ve often wondered what becomes of our humanity when even the so-called “good people” allow their hearts to become cold.  What becomes of the human spirit when its light is extinguished by the overpowering agenda of a multi-hundred million dollar powerhouse corporation., like Wexford, whose only motive is profit--no matter the cost in human dignity, suffering, disease, and even death?

I’ve been to the bottom and seen the worst in human nature, but somehow I still believe that we’re all fundamentally good.  Regardless of where we are in our respective lives, we’re all entitled to basic human dignity and a measure of respect--even those in prison.

I call upon the good people who can, to take action in defense of those of us in the wasteland--each of whom have brothers and sisters, mothers, fathers, aunts, uncles, and children of our own who live in your midst.  It’s time to send a clear and present message to ADOC and their corporate millionaire friends who “win” hundred million dollar contracts to provide substandard and grossly negligent care to inmates whose mothers can be seen by all in tears on the evening news as they prepare to bury a son.  Or a mother whose son’s DUI sentence may very well now become a death sentence (of course, Wexford did receive a $95.00 fine for that, which they appealed).

There must be a full scale legislative investigation into privatization of prison healthcare because what really matters is the bottom dollar.

As good citizens of Arizona, what should matter to you is that all the while we become less and less human.  Many of us will become more and more like your next door neighbor.

Posted by Margaret Jean Plews at 11:29 AM