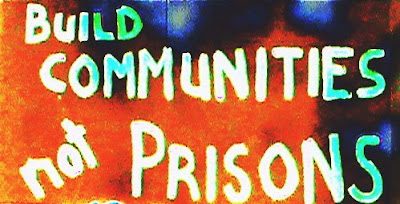 More from Bob Ortega and the AZ Republic about the private prison debacle in Arizona...

Thanks to the good Friends out there for taking this on.

The state "should not be allowed to hand over another cent of taxpayers' money until the Department (of Corrections) can prove to us that these prisons are safe, that the corporations are doing the job we're paying them to do, and that the state is capable of holding them accountable," said Caroline Isaacs, director of the Tucson office of the American Friends Service Committee, a Quaker group that monitors prisons.

- State law requires that any private-prison contract either save money or provide better services for the same cost as state-run prisons. Cost comparisons done by Corrections every year since 2005 consistently show that private prisons are more expensive, the suit noted.

- Corrections has failed for decades to carry out biannual studies, required by law, comparing the performance of private vs. state prisons on security, safety, how inmates are managed, programs and services, and many other issues.

The Corrections Department declined to comment on the suit. Corrections officials previously have admitted that the biannual studies have not been done.

Corrections Director Charles Ryan has said the department expects to complete its first such study by January. The department had said it would announce the award of one or more contracts on or after Friday. Four companies are finalists to build or provide prisons at five possible sites.

The committee was joined in the suit by Oralee and Joyce Clayton, parents of an inmate at the privately run Kingman state prison who say they're concerned for their son's safety. The group asked the court to issue a temporary restraining order stopping Corrections from awarding any contract, at least until it completes its first biannual cost-benefit comparison study. The suit also asks the court to force the department to disclose the details of all of its current contracts with private-prison operators.

The four private-prison operators bidding include Corrections Corp. of America, which would use two existing prisons it operates in Eloy that now house prisoners from other states; Geo Group Inc., which has proposed building new prisons in San Luis or Goodyear, next to the existing Perryville state prison; Management and Training Corp., which is proposing new facilities in Yuma or Coolidge; and LaSalle Corrections, which proposes to build a prison near Winslow, near the existing state prison.

The strongest opposition so far has emerged in Goodyear, where Goodyear and Litchfield Park officials and several prominent groups have opposed Geo Group's proposed site.

A ruling on the temporary restraining order is expected as early as Tuesday.

Maricopa County Superior Court Judge Arthur denied a request by the American Friends Service Committee for a temporary restraining order against the Department of Corrections, pending a hearing Tuesday on an injunction filed by the committee. That injunction seeks to block Corrections from contracting for more private-prison beds until the department completes a comprehensive cost-benefit study of private vs. state-run prisons, due to be completed by January.

Corrections officials have said they may announce as early as Friday the award of one or more contracts for up to 5,000 new private-prison beds. The committee had requested the restraining order to stop Corrections from awarding any contracts before its injunction is considered. The committee's Arizona program director, Caroline Isaacs, called on Corrections to voluntarily hold off on any award until after the hearing. Corrections declined to comment on the injunction.

Four companies are bidding to provide prisons in one or more of five locations around the state: Coolidge, Eloy, Goodyear, San Luis or Winslow.