Anthony Lester’s life came to an end in July, as Arizona Department of Corrections officers stood around his limp body, unable to stanch the bleeding.

Lester committed suicide in his Tucson prison cell, a medical examiner’s report concluded. His family filed a claim this week against the state, alleging that the Corrections Department’s culture of negligence and indifference to prisoners with mental illness directly contributed to the 26-year-old’s death.

Lester had attempted suicide in late June but was taken off a subsequent suicide watch two days before his death. The state’s investigation shows that officers were confused about where he should have been moved.

The same records indicate that Lester should not have received razors in a hygiene kit the prison provides. A corrections officer mistakenly gave Lester a kit containing a pair of razors that Lester used to cut his throat.

As officers responded to the incident, their statements indicate, they were overcome by the severity of the situation and froze. Their pause was due in part to the fact that officers could not see one of Lester’s hands and feared he might be holding a weapon. The delay was also due to lack of training, said one responding officer.

Orlando Pope, a 13-year veteran of the department, said Lester was “bleeding too heavily” and “he (Pope) was never trained on how to apply pressure to a wound,” according to a department report into Lester’s death.

“Pope stated that he has gone to first-aid training, but he would not call it training, and he does not remember anything about using pressure to stop bleeding,” the report states.

Pope and four other officers were punished with 80-hour unpaid suspensions following Lester’s death, but Lester’s family wants the Department of Corrections to do more.

A department spokesman said the agency had not seen the claim and could not comment.

“I want to help the mentally ill in the prison system. I wanted to be an eye-opener for other people,” said Patti Jones, Lester’s aunt.

The corrections officer who mistakenly gave Lester the kit with razors – and the actions of officers who tried to tend to his wounds – were key factors in his death, the family claims, but it was the prison system’s disregard for Lester’s mental condition that put him in a cell where he could take his own life.

Lester was diagnosed with schizophrenia, and his struggles with mental illness stretched back more than a decade, to when he was still a student at Brophy College Preparatory.

Lester developed a habit of self-mutilation as a teenager and claimed he was blackout drunk during the crime that gave him a 12-year prison sentence for aggravated assault: stabbing two girlfriends at a 2007 party.

Lester went through a program in Maricopa County jails that gave him enough medication to be competent for trial. The trial judge warned that Lester should be in a facility where he could receive mental-health treatment, the claim said.

His medical records indicate he refused to take his medication in prison due to side effects.

Lester’s family claims a lack of adequate training and a culture of negligence concerning mentally ill inmates in the Corrections Department made his prison stint a death sentence.

“We admit that he did something horrifically wrong, but he was mentally ill,” Jones said. “But people I talked to at the prison said he was trying to game the system by claiming mental illness.”

The claim requests $3 million in damages to compensate Lester’s mother and his toddler daughter.

The Arizona Attorney General’s Office was served with the claim but declined to comment. 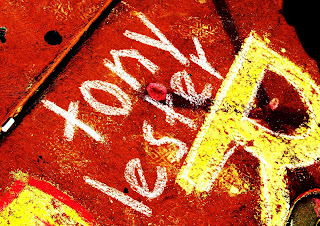