This was posted to another site on Friday, November 19, 2010 by the former AZ Department of Corrections deputy warden who was interviewed by Channel 12 this summer and called for Chuck Ryan to resign. It's being reprinted here with Carl's permission.

As some of you may know, one of the corrections' officers unions also called on the governor to fire Ryan in a letter of no confidence two weeks ago. I shouldn't have to point this out, but prisoners aren't the only ones behind bars at heightened risk under current conditions. The front line staff also have good reason to be concerned.

Needless to say, none of us are making friends in Arizona's high places. In fact, since the people we're antagonizing have badges and guns on their side - as well as the keys to the prisons - it would help if the public and media really watch our backs out here.

Other witnesses to the institutionalized neglect and abuse of prisoners with mental illness in Arizona are urged to contact the US Department of Justice's Civil Rights Division; send them what you know and request that they initiate a CRIPA investigation before the next ADC suicide or homicide goes down. If you need to you may remain anonymous while doing so. 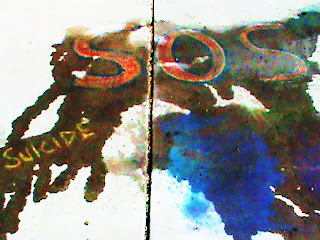 Mr. Director, when are you going to address the horrific mental health conditions of confinement inside your prison? Have you really taken a look into the need to implement a mental health "program" that is realistic and objectively driven by individuals who really care about doing the job and doing it right? Arizona is way behind in providing mental health care for those incarcerated with mental health illness and other disorders.

The very first thing I noticed when I came onboard five years ago was the long lines of inmates waiting to be seen by mental health professionals obviously overwhelmed by the number of offenders on their caseload, and the lack of priority this task has been demonstrated by the administration for the Arizona Department of Corrections (ADOC). Speaking to both mental health professionals and providers, it became obvious to the spectator that these inmates are not receiving the type of care they need during their stay of incarceration or when they are released with a thirty day blister pack. Witnessing this lack of organized effort to create and deliver a sound mental health treatment program in spaces designed for much less tasks, I am astonished how these inmates are able to conform and maintain their individual demeanor under such stress and lack of care.

Certainly, I have gleaned that apathy has set in with some treatment professionals as they are just merely overtaken by the sheer number of "clients" they see daily and the need to provide follow up treatment is dominated or even sabotaged by the lack of cooperation by the administration to provide security escorts to and from such activities to ensure a completion of services. Right now, as we speak, except for a few individuals down there in Tucson, you are warehousing mentally ill inmates in the special management units that receive no attention, no care and no hope of ever coming out with some degree of normalcy when released. It's almost like you are doing it on purpose so ignore their needs. I have witnessed abandonment of several mental health sponsored programs that enhanced the detection of inmate suicides and the willful destruction of morale among your providers. Lacking such structure to create and provide a meaningful treatment environment is almost impossible as there is no dedicated space to do this most urgent task.

Fragmented services are wasteful as there is no continuity in the delivery or the provisions to ensure the medication is successfully delivered or taken. Even New Mexico Corrections has you beat Mr. Ryan for they had the insight and intelligence to begin separating these types of offenders from the general population and provided them treatment instead of repetitive uses of force to make them comply into an environment they don't understand. Being very familiar with their treatment programs, I am astonished that Arizona is no way near the level of care provided in our neighbor's prisons. Located in a secure and orderly treatment center staff with the resources to maintain a sound treatment program for the criminally ill, it has been successful in design and operations.My history with them goes back to its birth as a treatment center and given the task to be the chief of security for a task force of men and women who volunteered to work in such a difficult and multifaceted place called the Mental Health Treatment Center (MHTC).

As a concerned citizen and former corrections professional, I am writing to you regarding the urgency to find in your organization, a legitimate means to address mental health treatment for your incarcerated inmates who are currently void of treatment and the necessary care to function within the parameter expected of them while incarcerated. I have witnessed as an ADOC correctional administrator, the warehousing of such inmates housing them side by side and allowing their psychotic conduct feed to the next inmates housed on the run as the entire pod becomes a bedlam pod of psychotic criminals yelling, shouting and begging for better care.

You need to prioritize your issues inside your prison because you are violating these inmate's rights by not treating them. Chemical restraints are draconic in every way and cruel. Your staff in uniform are doing the best they can with what they have but need professional help in the area of treatment, not confinement. It takes a team effort to be effective. It will only be a matter of time before you are brought into the federal courts and held accountable for the severe shortcomings of a sound and humane mental health program for the many inmates you are responsible for and up to this point, neglected.