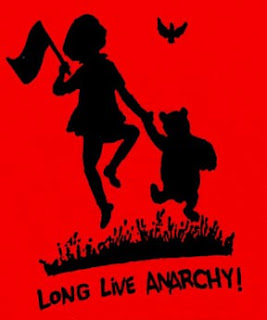 Less than two months after I started blogging at the Prison Abolitionist last summer, I came across Nevada Prison Watch and a couple of other sites my dear friend ASE was involved with. I saw that she'd somehow helped compile a bunch of medical records and testimony for the ACLU with the guys in prison there to initiate legal action and posted them to her site, along with the results of inquiries, letters to (and about) the administration about cleaning up Ely State Prison, and letters from prisoners themselves. My friend's main focus in her prison outreach and blogging has been on amplifying prisoner voices rather than her own.

Most of what I've learned about watching prisons and working with prisoners I've learned from her. That means that a lot of folks have been spared some of my own trial and error. If you've landed on a fledgling Prison Watch site for just about any other state in the nation, ASE is probably the one who helped get it up and keeps it going. She's also behind Prison Watch for Imprisoned Women, Immigrant Detention Watch , and Prison Watch International.

No one but the prisoners she corresponds with, a handful of other prison watchers, and a few state administrators probably even knows her name, much less her face or where in the world she's blogging from. Whether she's been 5 or 5000 miles away, though, she's never been very far from any of us.

Anyway, I've been blessed to have her company on this leg of my journey, and I don't think I tell her that often enough. Tonight I thought I should.

You have been one of the most devoted constant friends and comrades I've ever had. Knowing that you're there, always checking in on me, ready to back me up, telling me how awesome I am - and praying for me, I bet - has made it possible for me to push these people harder and for longer than I ever would have been able to do otherwise.

You inspired AZ Prison Watch, and helped me Free Marcia Powell. You've seen me through both the highs and the lows that might have derailed me without the solid ground that only the well-grounded could be a bridge to. You've taught me a lot about being steady and strong for prisoners, and about collaborating with others to build something bigger than both of us. And by example you've shown me that if you keep the faith and hang in there long enough, you just might be able to shine enough light on a dark place in the world to bring the exiled out of the shadows - and maybe even bring some home.


I wouldn't still be doing this today without you.

--
"Our strategy should be not only to confront empire, but to lay siege to it. To deprive it of oxygen. To shame it. To mock it. With our art, our music, our literature, our stubbornness, our joy, our brilliance, our sheer relentlessness, and our ability to tell our own stories..."

- Arundhati Roy
Posted by Margaret Jean Plews at 3:27 AM

Email ThisBlogThis!Share to TwitterShare to FacebookShare to Pinterest
Labels: beloved friend, christian anarchist, pooh, prison abolitionist, prisoner rights' activist, trusty comrade, where would I be without you