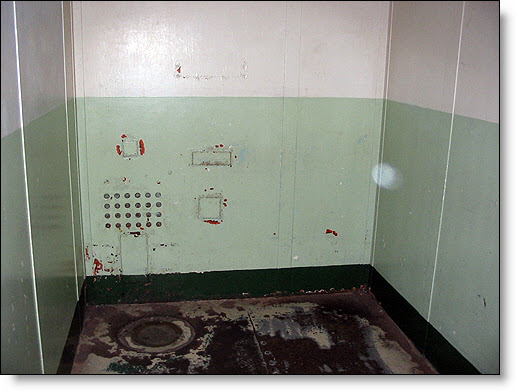 The Democracy now piece referenced below is worth a visit - skip to the point he sends you to for the piece on solitary. It's nothing new, and remains deeply troubling. Check out this network this came from, by the way - I find good stuff there sometimes.

Long-term solitary confinement is torture. More than 50,000 American prisoners are currently held in some form of longterm isolation, most of them leaving their cell for an hour, or less, each day.

Dr. Atul Gawande, who got the world talking about solitary back in March with his excellent New Yorker story on the topic, spoke about the issue on Democracy Now! yesterday, and he didn't mince words. (Skip to 51:30 in the video to watch the piece on solitary, but his stuff on health care earlier the episode is worth watching, too)

"We have found ourselves crowding prisons larger and larger," Gawande said. "Of course that breeds more violence. And then that leads us to say, well, we should then put folks in solitary confinement. And we’ve caught ourselves in a vicious circle, to the point that prison commissioners I talked to would only speak to me anonymously about this, because they would get fired for saying it. But they thought solitary confinement should end."

Alex DiBranco wrote recently about the case of Tommy Silverstein, who is suing the federal prison system for violating his rights under the Eighth Amendment by holding him under a "no contact" order for more than two decades. Silverstein admits that he killed two fellow prisoners and a guard since his incarceration for armed robbery and takes responsibility. He argues, however, that his confinement played a role in leading him to violence and that isolation is cruel and unusual punishment.

He's right, and we should take serious steps to curtail the use of long term solitary confinement in our prisons.

Posted by Prison Abolitionist at 7:21 AM