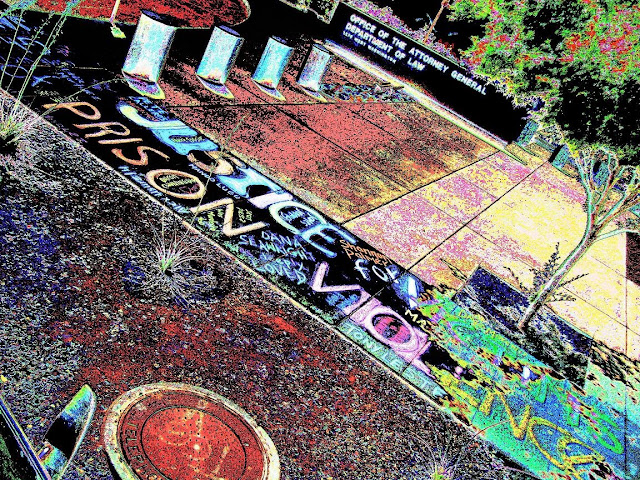 
Once in awhile, after a prisoner dies, I hear from a loved one. This weekend I received the following email from an old friend of Christian Frost's - a correspondent of 17 years. She had just heard the news of his death, and gave me permission to share her thoughts.

As some of you may recall, Christian was murdered at ASPC-Tucson in February.  I believe it was on Cimarron, one of the more violently-run yards I hear from.

To Christian's family, and anyone else who's lost a loved one in the AZ DOC:  you're going to have to sue for the truth. Don't take their word for it, especially if they say "there was nothing we could do." The homicide and suicide rate in the state prisons doubled under Chuck Ryan - that means one of every two might have been prevented under a different administration. Gangs are in control of 3 and 4-level prisons - they decide if you're allowed to walk the yard; some guys have to pay "rent" just to stay alive. Guards have been paid to look the other way during beat downs, some of which get carried away. Security measures are poor and officers have complained about being silenced when they identify security lapses. Riots have broken out across the system. Heroin is flowing through the state prisons like never before; minimally adequate medical care is nearly impossible to come by; some officers are inadequately trained...there are so many problems in these prisons today that you just can't take it for granted that "nothing could be done" to prevent this knd of tragedy.

The Attorney General's office can't be trusted, either, by the way. They don't protect citizens from the state - they defend the DOC in civil rights cases. If you've lost someone unexpectedly in prison, please get your own lawyer and find out what really happened. No matter how deep your grief or how messed up your life, you only have six months to file the notice of claim against the state. Don't let them slide...there are more lives yet at stake.


Condolences to Christian's loved ones, and all those who have survived a death in custody. If anyone out there has any answers as to what happened ot this fellow, or needs help coping with such a tragedy, I can be reached at arizonaprisonwatch@gmail.com or 480-580-6807. My name is Peggy Plews.

Thanks to Rosie for sharing this email... 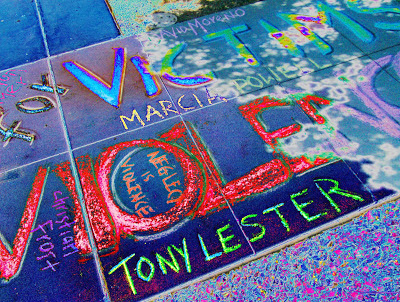 Hello Peggy,
My name is Rosie and for 17 years I have known Mr. Frost.
We never met personally, but we always managed to keep each other updated with our lives through correspondence.

I received a letter from Christian's mother yesterday informing me of his untimely demise back in February.
It was so bittersweet to receive. I know that Christian did not have very long left until he would be released. I, myself, was planning to somehow make my way to Arizona to perhaps welcome him home to his freedom.

Peggy, I am pained, but perhaps not so much as his family is. I'm not sure if you have met with them and/or spoken with them. from the letter I received, they were desperate to get any sort of insite from me, but i have no answers for them.

I have read a little from your blog, hence where I got your email from. I read about the violence that continues within the prison and that got me a little worried. Is that what happened to Christian? Did he somehow upset other members of a group of gang that led to his death?

It was really hard to take in. I was shocked, and almost didn't believe it was true. I took to the internet to maybe find something about his situation.... and i found it all to be a very real nightmare.

The news reports all said the same few paragraphs; the population of readers leaving judgmental and un-feeling comments. It hurt to read, but the lenses humanity do not far extended outside their own circle of knowledge. Let them have their cake and hope they never come across a friend or family to fall under their own mistakes, like Christian.

I finish this by saying thank you for coming to his defense. I saw that you posted some very nice comments of a few of the news sites that reported his story... because his story is definitely unique.
Christian was 21 when he made an erroneous error in judgement one nite that led to a series of events that landed him prison. It was not willful intent to ever hurt anyone, and that is the one characteristic that people fail to see: being human and having flaws. He made a huge mistake that tore him deeply apart.

He was one the best human beings I had ever known. He was branded a law-breaking inmate by the Arizona DOC, a scumbag by society, but a warm, kind soul who cared for others very intensely by myself. I need for everyone to know that- especially his family.

Thank you for your time in reading this. I did this mostly so I can remind myself of the greatness I felt in having Christian in my life. I am trying my hardest to not dwell on the way he died, but the heart he had in the way he lived.

Posted by Margaret Jean Plews at 10:43 AM