The Atlantic: Solitary Confinement and the Teenage Brain... 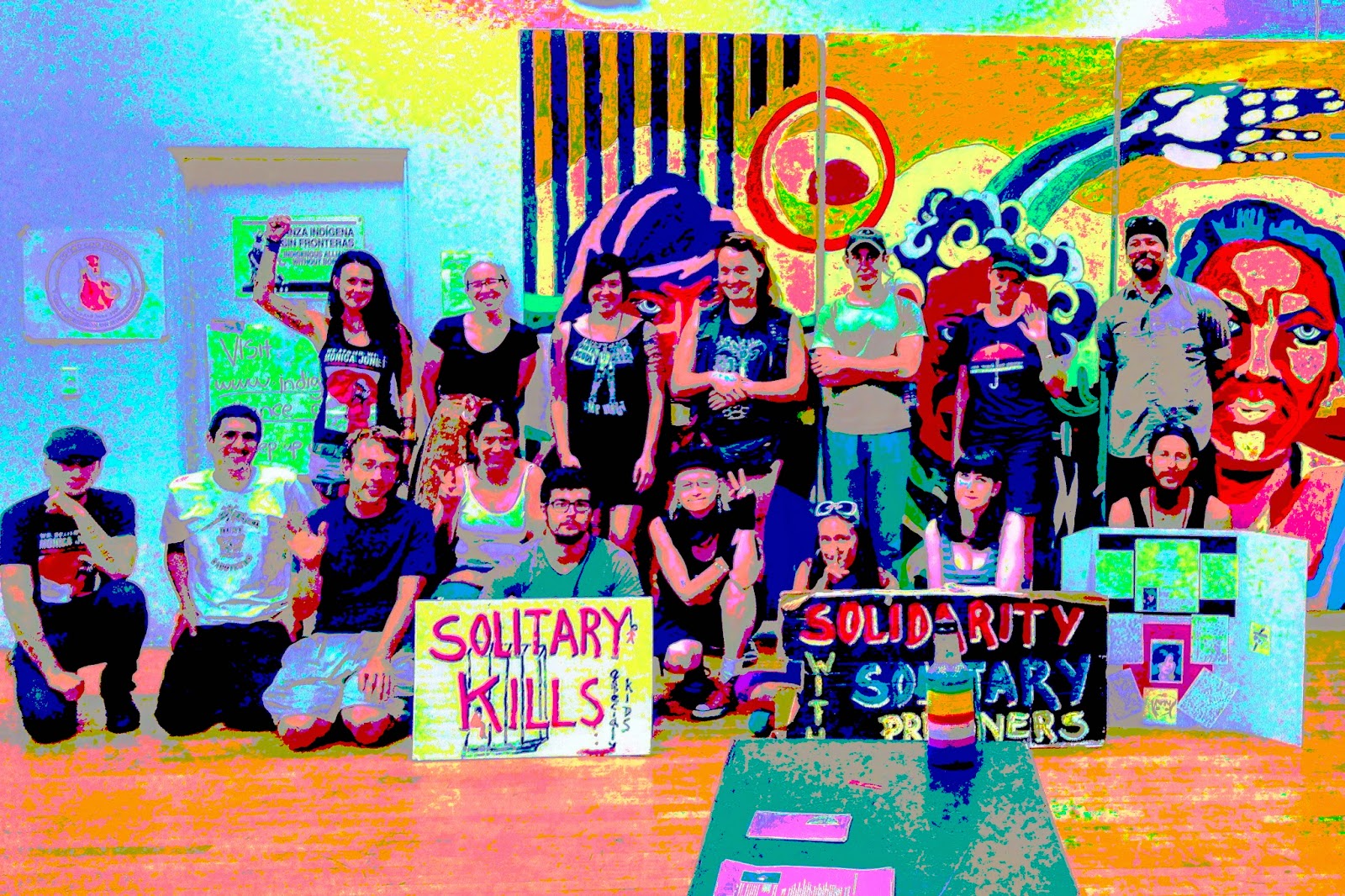 Lately, Josh has been having delirious dreams, often waking in cold sweats, panicked and disoriented. “I started to feel like I was going crazy,” he said. The episodes are unpleasant, but they’re not unfamiliar; they’re reminiscent of the time he spent in solitary confinement as a teenager 16 years ago.

Josh’s story is a glimpse into a troubling practice that is sometimes considered too cruel for adults, and even more so when used on minors. The effects are damaging and lasting, and ultimately, they’re not just a problem for the child, but for society as a whole.

Solitary confinement involves isolating inmates in cells that are barely larger than a king-sized bed for 22 to 24 hours per day. It wreaks profound neurological and psychological damage, causing depression, hallucinations, panic attacks, cognitive deficits, obsessive thinking, paranoia, anxiety, and anger. Boston psychiatrist Stuart Grassian wrote that “even a few days of solitary confinement will predictably shift the EEG pattern towards an abnormal pattern characteristic of stupor and delirium.”

If solitary confinement is enough to fracture a grown man, though, it can shatter a juvenile.

One of the reasons that solitary is particularly harmful to youth is that during adolescence, the brain undergoes major structural growth. Particularly important is the still-developing frontal lobe, the region of the brain responsible for cognitive processing such as planning, strategizing, and organizing thoughts or actions. One section of the frontal lobe, the dorsolateral prefrontal cortex, continues to develop into a person’s mid-20s. It is linked to the inhibition of impulses and the consideration of consequences.

Craig Haney, a professor of psychology at the University of California Santa Cruz, has been studying the psychological effects of solitary confinement for about 30 years. He explained that juveniles are vulnerable because they are still in crucial stages of development—socially, psychologically, and neurologically.

“The experience of isolation is especially frightening, traumatizing, and stressful for juveniles,” he said. “These traumatic experiences can interfere with and damage these essential developmental processes, and the damage may be irreparable.”

Juveniles can be placed in solitary for disciplinary, protective, administrative, or medical purposes. For Josh, now 33, it was his “smart mouth,” he said, that landed him there. He spent time in isolation in five different Oregon juvenile detention facilities before he turned 18. Once, the isolation lasted for two weeks in a cell in the basement of Newport jail, he said.

Josh, who was detained for burglary, described solitary as a “dark, dark place” and a “profoundly lonely experience.” If juveniles endure it for too long, he said, “You rob them of their spirit. You may as well kill [them].”

The ACLU said that just hours of isolation “can be extremely damaging to young people.” In December 2012, the Attorney General’s National Task Force on Children Exposed to Violence issued a report that read, “Nowhere is the damaging impact of incarceration on vulnerable children more obvious than when it involves solitary confinement.”

They noted that among suicides in juvenile facilities, half of the victims were in isolation at the time they took their own lives, and 62 percent had a history of solitary confinement.

The task force requested that the practice be used only as a last resort and only on youths who pose a serious safety threat. The UN expert on torture went further and called for an “absolute prohibition [of solitary confinement] in the case of juveniles,” arguing that it qualified as “cruel, inhuman, and degrading treatment.”

In April 2012, the American Academy of Child and Adolescent Psychiatry issued a statement saying they concurred with the UN position. “In addition, any youth that is confined for more than 24 hours must be evaluated by a mental health professional, such as a child and adolescent psychiatrist when one is available,” they wrote.

Despite these declarations, there are about 70,000 detained juveniles in the U.S., 63 percent of whom are nonviolent. And in 2003—the most recent survey data available—35 percent had been held in isolation. More than half of them were isolated for more than 24 hours at a time.

The damage extends far past the time spent in isolation. Josh said that to this day he has “irrational thoughts or paranoia that seep in,” and that the “personal deficiencies” that solitary left behind, such as low self-esteem, are “hard to eradicate.”

“When you strip a person of their fundamental value, take away a core belief that, to someone, they matter, you really have no purpose for the time being,” he said. “Total—and I mean complete emphasis on total—worthlessness is always the final conclusion. This is who you are: a person who sits in a cell.”

He didn’t just feel worthless, he felt angry. He was a pliable teenager who had been hardened. By adulthood, he said, he had “a whole bag of chips on [his] shoulder.”

Congressman Tony Cardenas, a Democrat from California, has been fighting for juvenile justice reform for the past 18 years. He has voiced strong opposition to the use of solitary, saying that if there were a heavier focus on rehabilitation and restoration, re-offending rates would drop. Using solitary confinement, he believes, makes it more likely the child will commit a crime in the future.

“It’s an expensive cycle, the same dumb thing over and over and over,” Cardenas said. “Remember, they all become adults eventually.”

Some states are starting to reverse course. In February, for example, New York State corrections officials agreed to new guidelines that limit the maximum duration of solitary and curb the use for vulnerable populations. Inmates under 18 should now receive at least five hours of exercise and other programming outside of their cells five days per weeks. And last month, the Department of Justice settled a long-running lawsuit against the state of Ohio.

The New York Times reported that, “Under the new agreement, Ohio will sharply reduce and eventually end solitary confinement. It will also ensure that young people receive individual mental health treatment and educational services with the aim of preventing the disruptive behaviors that led to the confinement in the first place.” The Times called Ohio a model for juvenile detention reform.

But significant work remains. According to Ian Kysel, the Dash/Muse Fellow at the Georgetown Law Human Rights Institute, no states prohibit isolation of children in adult facilities and only a few states limit it in juvenile facilities. Kysel recommends that states and the federal government be required to publicly report when, why, and for how long children are being isolated.

“We must also reform our laws to ensure that children are detained only as a last resort and never held in jails or prisons designed for adults,” he wrote in a message. “Children should never be subjected to a cruel practice that works against rehabilitation and violates their fundamental human rights.” Protecting children from solitary confinement requires a national ban, and, Kysel argues, the federal government should enact a prohibition.

This article available online at:
http://www.theatlantic.com/health/archive/2014/06/how-solitary-confinement-hurts-the-teenage-brain/373002/